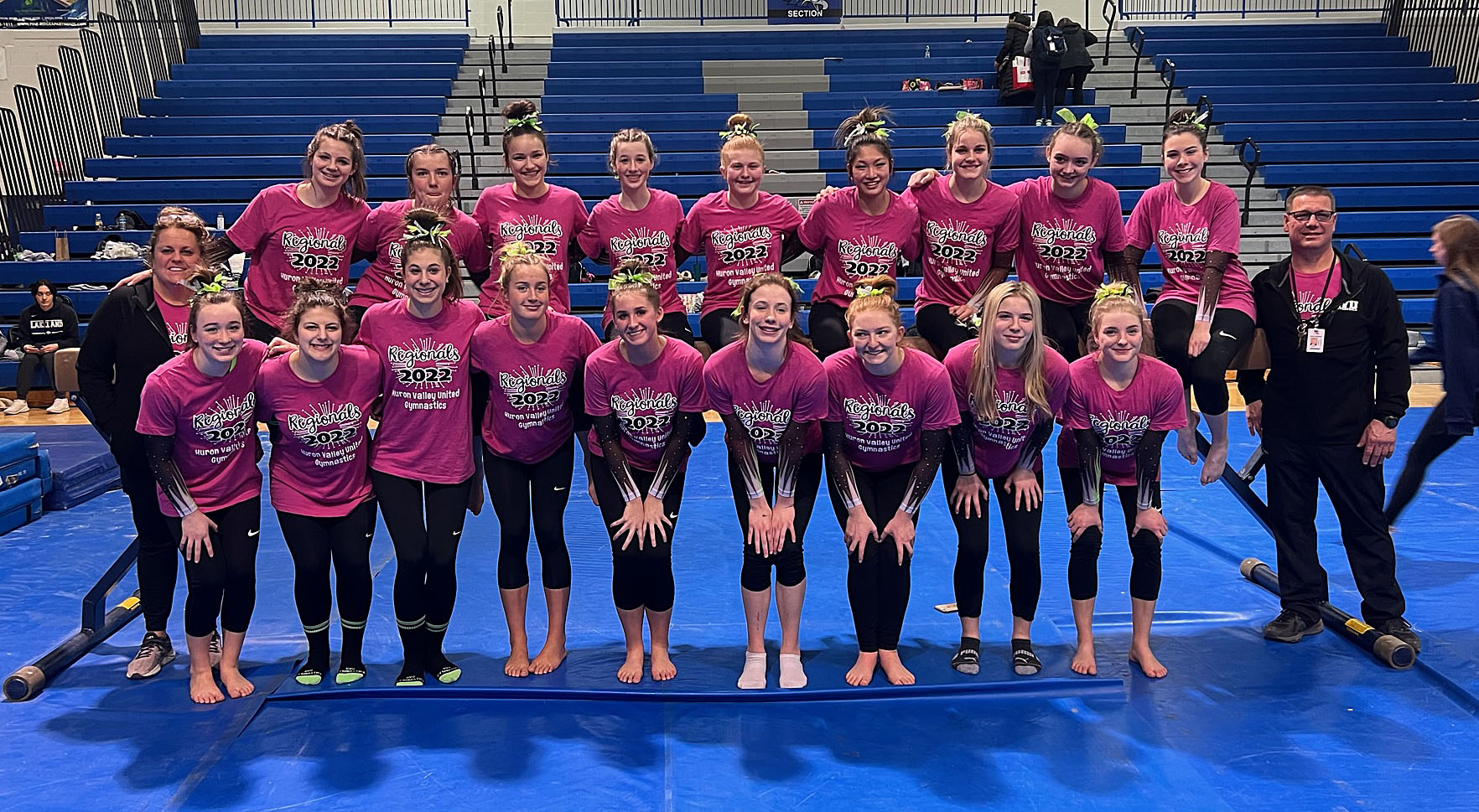 Huron Valley United Gymnastics will return to the MHSAA State Team Finals for the seventh consecutive year to be held Friday, March 11 at Lakeland High School. (Special for The Spinal Column Newsweekly/CHRIS WALL 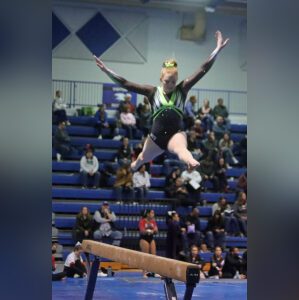 When the schedule moves to the second week of March, that means the Huron Valley United Gymnastics Team will make another appearance in the MHSAA Gymnastics Team Finals.

The 2022 MHSAA Finals are even more special this year as Lakeland High School will host both the team finals on Friday March 11 and the individual finals on Saturday March 12.

Credit Huron Valley United and head coach Shannon Gohrmann for their consistent efforts under pressure during the MHSAA tournament. After winning the Lakes Valley Conference again this winter, the team took third place Saturday on the big stage.

Bloomfield Hills won the team title with 139.925 points, followed closely by Farmington United who scored 139.025 and Huron Valley who scored 138.775. 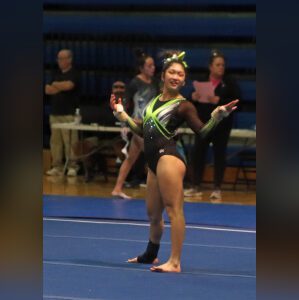 Maeve Spicer completes her routine in the floor exercise. (Special for The Spinal Column Newsweekly/CHRIS WALL)

Senior Maeve Spicer of Lakeland High School’s International Academy West took first place on vault with a score of 9.725. Additionally, Spicer won the uneven bars competition with a score of 8.775 and third overall in the floor exercise. This performance allowed Spicer to finish third overall.

Milford senior Erika Yates was third on vault, sixth on uneven bars, fifth on balance beam and seventh on floor exercise. As a result of this effort, she finished fourth overall.

Spicer and Yates were all smiles on Saturday afternoon. “I had some really good routines and it was really exciting,” Yates said.

“It was a really good day for me,” Spicer said. “It’s really good that we came together as a team.”

Yates and Spicer’s favorite event is the Vault. “Must be the safe. Our team had such energy and we had a lot of good skills today. And it was really exciting to hear everyone cheering today,” Yates said.

The seasoned veterans are eager to return to the final at home after being there before. “Think of it as another competition and don’t put too much pressure on the team,” Yates said.

“Stay in the moment and stay calm,” Spicer said. 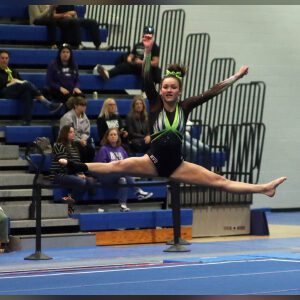 In addition to competing for a state championship on Friday in Lakeland, Huron Valley United will have seven young women competing in the individual competition on Saturday, March 12.

This strong contingent includes Maeve Spicer, Erika Yates, Ava Barwikowski and Megan Sclabassi in the All Around. This group will be joined by Allison Thomson on beam, as well as Elena Hale on floor exercise and Sophia Stankov on vault.

Gohrmann was proud of Huron Valley United’s performance on the big stage. “The team did wonders during the regional meeting. We have a great team with lots of girls who qualified to compete. We were consistent and hitting our routines, which took us to third place, just 0.25 from second place and just over a point from first place.

“Our ultimate goal was to get to the state meet this year and we achieved that. We lost eight talented seniors last year, so we’re rebuilding right now.

Gohrmann is thrilled to have the opportunity to host the MHSAA State Championships on Friday and Saturday in Lakeland.

“Our team is very excited to host the state meet in Lakeland. We have hosted the largest state meet, as well as double meets and regionals, but this is the most important. We have a team great with parents, volunteers and athletic directors supporting us, we can’t wait for the weekend and amazing gymnastics.