The champions have returned.

The University of Wisconsin’s Oshkosh women’s gymnastics team returned Monday to the Oshkosh campus from Ithaca, New York, where the Titans won the fifth national championship in program history and 48th overall for the ‘University.

The victorious student-athletes and coaches were greeted at the Kolf Sports Center by a group of UW Oshkosh administrators, faculty and staff, the Bolt Band and other loyal Titan supporters. UWO athletic director Darryl Sims led a short program for head coach Lauren Karnitz and her team.

“It was the most amazing welcome anyone could ever get and you guys are absolutely amazing,” Karnitz told those gathered to celebrate the team’s arrival just before noon. “You can’t even imagine how much that means to this group.”

The UWO gymnastics team won the program’s fifth national championship over the weekend.

The gymnasts ended their season on Saturday with a first-place finish at the National Collegiate Gymnastics Association (NCGA) championship. Five Titans have won All-America awards, including Emily Buffington, a sophomore multimedia journalism student from Huntersville, North Carolina, who finished first on uneven bars and Trinity Sawyer, a young nursing student from Alpharetta , Georgia, who won two All-America awards. during the meeting of the six teams.

“This one means even more to us because of everything we’ve been through for the past four years and this team, from freshman through senior, has really shown a lot of poise under a lot of pressure,” Karnitz said.

Team UWO took fourth place at the 2019 NCGA Championship. The 2020 and 2021 fixtures were canceled due to the pandemic, so many program participants waited three years for another title.

“It was really special for everyone to be here supporting us,” Buffington said. “It really shows how important the Titan community is and how supportive they are of us.” 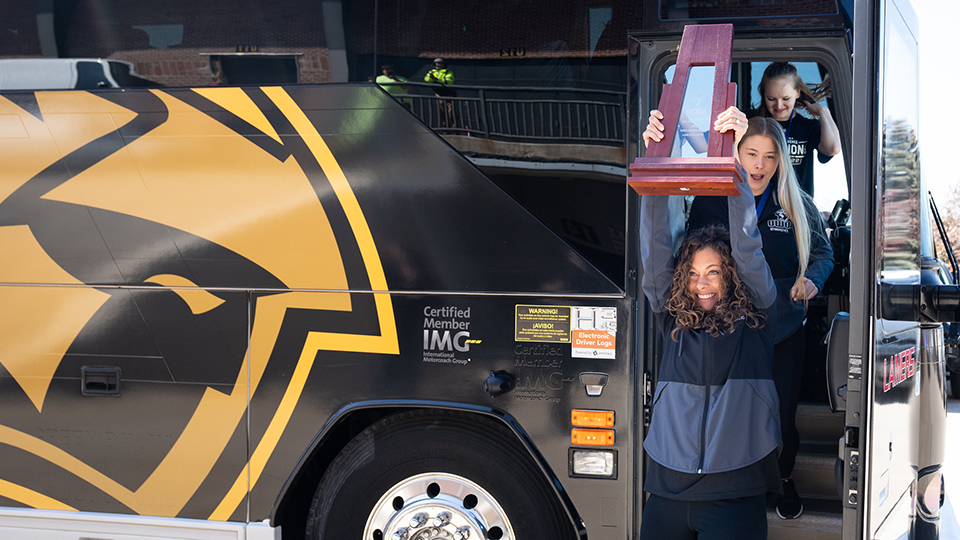 UWO Chancellor Andy Leavitt also briefly addressed the group, calling the University’s No. 48 National Championship the final chapter in what he calls “the Golden Age of the Titans.” referring to the recent run of six championships in just over a decade. He also highlighted the importance of nominating seven senior Titans to the NCGA All-America In Academics team, most in all of Division III.

“You will all remember this for the rest of your life,” Leavitt said.

The national title is the first for the gymnastics program since 2007. The victory was secured by a Division III record score of 194.100 and it capped a season the Titans went undefeated against Division III competition. 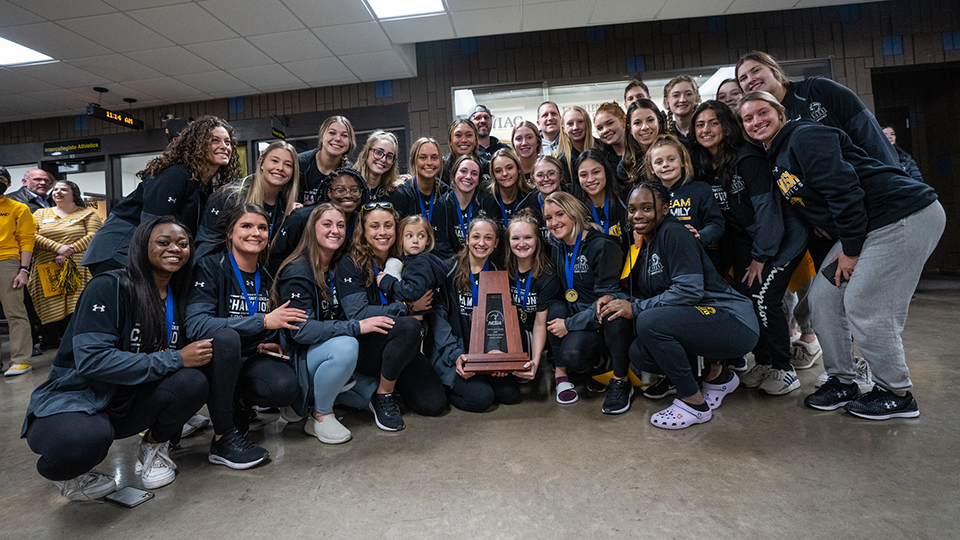 The Titan gymnastics team returned from New York on Monday with memories they will never forget.